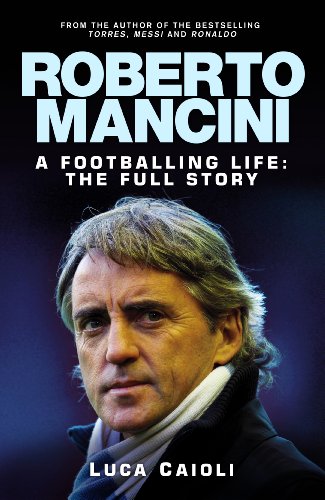 When Manchester City’s owners appointed Roberto Mancini in late 2009, the message was clear: this was the man who would overtake the Blues’ illustrious neighbours and restore the club to the pinnacle of English football.

The former Italy playmaker swiftly repaid their faith, following up an FA Cup triumph in his first full season with the Premier League title – won in the most heartstopping fashion imaginable – to continue a success story that had taken him from early stardom in Bologna to back-to-back league titles as Inter Milan manager.

Now, renowned Italian sports writer Luca Caioli gives the full inside story of Mancini’s rollercoaster life in football – from his early days as a firebrand centre forward, through glory days with Sampdoria and Lazio, to his emergence as a charismatic, if controversial, pitch-side leader.

Featuring insights from those who know him best – including family members, former teammates and managers, as well as an exclusive interview with Mancini himself, it provides a unique and revealing portrait of the man behind the Blue revolution.