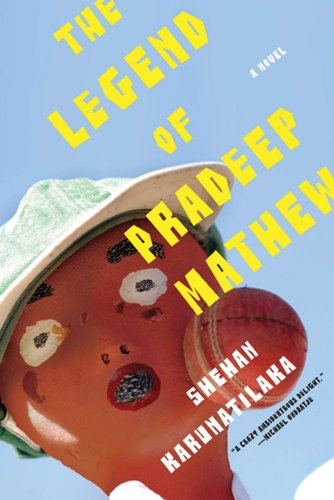 Winner of the Commonwealth Book Prize

"A crazy ambidextrous delight. A drunk and totally unreliable narrator runs alongside the reader insisting him or her into the great fictional possibilities of cricket."--Michael Ondaatje

Aging sportswriter W.G. Karunasena's liver is shot. Years of drinking have seen to that. As his health fades, he embarks with his friend Ari on a madcap search for legendary cricket bowler Pradeep Mathew. En route they discover a mysterious six-fingered coach, a Tamil Tiger warlord, and startling truths about their beloved sport and country. A prizewinner in Sri Lanka, and a sensation in India and Britain, The Legend of Pradeep Mathew by Shehan Karunatilaka is a nimble and original debut that blends cricket and the history of modern Sri Lanka into a vivid and comedic swirl.