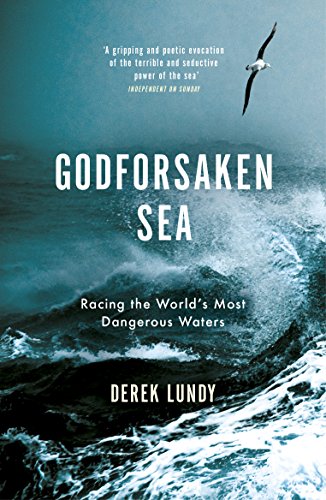 'One of the best books ever written about sailing'
Time

27,000 miles, three and a half to five months alone at sea, chilling casualty rates, the unrelenting strain of handling 60-foot boats day and night, the absolute certainty of weather and waves that could destroy them.

On 3 November 1996 sixteen sailors set out from the Bay of Biscay to embark on the Vendee Globe - a single-handed yacht race through the world's most treacherous and isolated seas.

Of the sixteen starters only six completed the course, six others withdrew or were disqualified, three were plucked from sinking boats and one disappeared without trace.

This is a book about the sea: how we are dawn to it and how it repels us and about why these men and women risk everything to embark on such a perilous journey.

TWENTIETH ANNIVESARY EDITION, WITH A NEW FOREWORD FROM THE AUTHOR.