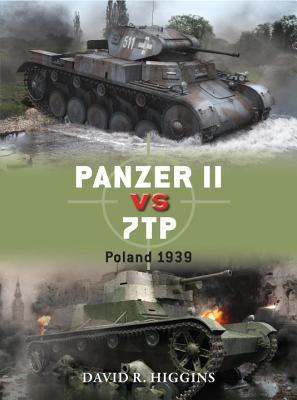 Hitler's lightning invasion of Poland in 1939 was the real beginning of World War II in Europe. This was the period when armored warfare inscribed itself into global consciousness as the Poles desperately sought to stave off the Blitzkrieg. At the heart of the fighting on the ground, large numbers of Nazi Germany's PzKpfw II battled against Poland's better-armed but much less numerous 7TP tank. The two types both possessed unique strengths and weaknesses - the PzKpfw II was blessed with radio which the 7TP was not, which proved critical for command and control purposes in the heat of combat. But the German tank was blighted by thin armor, which could not withstand Polish gunfire at combat ranges.

This fully illustrated, detailed work evaluates these strengths and weaknesses, comparing opponents and exploring the clashes between these armored fighting vehicles (AFVs) in the context of the invasion of Poland.